Widespread unrest has spread across Peru this week following the sudden ouster of President Pedro Castillo, who tried to dissolve Congress and install an emergency government ahead of a vote to impeach him on Dec. 7.

Instead, Mr. Castillo was removed from office that day and placed under arrest. His vice president, Dina Boluarte, took over, becoming the country’s sixth president in five years.

At first, the change in government was followed by a few protests in Lima and other parts of the country. But the demonstrations turned violent over the weekend and at least 20 people, many of them teenagers, have died since. Hundreds of civilians and police officers have been injured in the clashes. Roads and airports have shuttered, leaving Peruvians and visiting foreigners stranded.

Ms. Boluarte’s government on Wednesday declared a nationwide state of emergency, which suspended civil liberties, including the rights of assembly and freedom of transit, for 30 days. Her government expanded the emergency declaration on Thursday, imposing a curfew in 15 provinces.

While Peru has been plagued by political scandals and investigations in recent years, the turmoil this week has been some of the worst in recent history.

Below, some demonstrators celebrated the arrest of Mr. Castillo in front of the police station in Lima where he was detained last week. 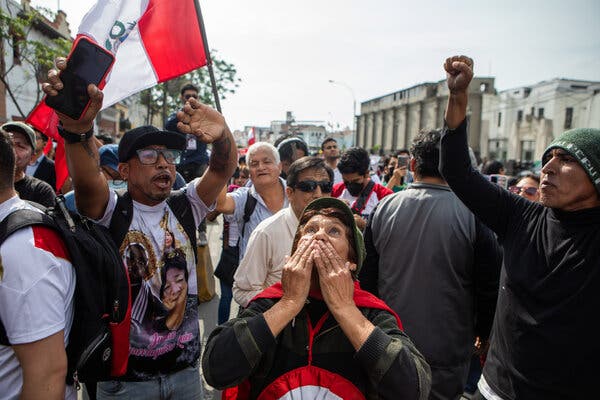 Other protesters in Lima burned images of Mr. Castillo.

But the sentiments on the street began to shift. By Thursday, an encampment had formed outside a detention center where Mr. Castillo was being held, and as many as 1,000 people traveled hundreds of miles to the site to demand freedom for the former president.

The protesters that were camped out to support Mr. Castillo expressed deep anger at Congress and at the national news media, which they believe function in the interests of the wealthy.

The protests over Mr. Castillo’s removal grew so quickly, many demonstrators said, because whatever his misdeeds, he represented the voice of a swath of the population that has long felt marginalized by the elite.

What started out as a relatively peaceful transfer of power has quickly erupted into widespread violence that has left at least 20 dead, many of them teenagers, and led to attacks against police stations, courthouses, factories, airports and a military base.

Mr. Castillo is a leftist from an indigent farming family in the Andean highlands who had never held office before becoming president last year. Below, his supporters march in Lima.

At least 197 civilians and more than 200 police officers have been injured in clashes, according to the country’s ombudsman’s office.

The government of Peru declared a nationwide state of emergency on Wednesday.

On Thursday, the ombudsman’s office counted 113 road blockades and 56 marches across the country, the highest daily number since protests began. 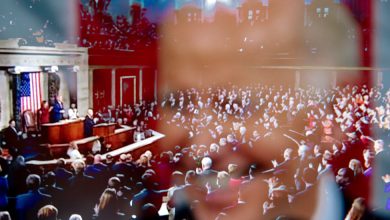 Biden’s Vision About How to Heal America