State Senator Matt Dolan of Ohio, a Republican, announced on Tuesday that he would run for the United States Senate against Sherrod Brown, one of the most vulnerable Democrats in 2024.

It will be Mr. Dolan’s second Senate campaign, after he finished third in the Republican primary for an open seat in Ohio last year. The winner of that primary, J.D. Vance, went on to win the general election.

Mr. Dolan’s family owns the Cleveland Guardians baseball team, and he used millions of dollars of his own money to fund his first campaign.

In his campaign announcement, Mr. Dolan emphasized border security, inflation and his support for the police, and he accused Mr. Brown of “blind loyalty to his party.”

Ohio, a former swing state that has moved toward Republicans in recent years, is one of several opportunities for the G.O.P. to pick up a Senate seat in 2024, with Democratic incumbents in the red states of Montana and West Virginia also up for re-election.

Mr. Brown, a three-term senator and former representative, has won difficult races before, though, including in 2018, when he won re-election by more than six percentage points just two years after Donald J. Trump won Ohio by eight.

This article will be updated.

How Close Is the U.S. to Hitting the Debt Ceiling? How Bad Would That Be?

Disney Says Investor Seeking Board Seat ‘Does Not Understand’ Company 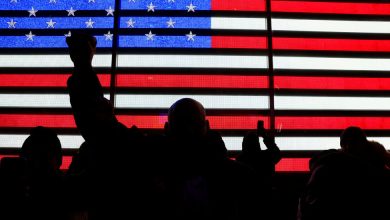