There once was a basement club in Minneapolis called Honey. I would go solo, taking the bus across the river and, descending the basement stairs, hear the music get louder with each step. I was mostly there on weeknights, when the club hosted touring D.J.s who were in between gigs in larger cities. I was nervous to go up to anyone, so instead I made myself comfortable by a column in the middle of the room. Being alone didn’t matter much once I closed my eyes. I would dance softly as techno or house tracks blared through the room. The music, much of it composed of looping, recurrent elements, went on for hours. Eventually, I opened my eyes and figured it was time to go home.

Music made from loops — fragments of sound repeated over and over — has given me the freedom to explore who I am: a lanky Chilean who sweats too easily and thinks life shouldn’t be so serious. Though I often feel physically awkward at work or in social interactions — again, too sweaty and easily intimidated — on the dance floor everything moves as one. Loops open a dimension where, although time is ticking forward at its usual pace, I’m moving at my own speed, appreciating my body and the world around me. Brian Eno and Peter Schmidt, creators of the Oblique Strategies advice cards, put it simply: “Repetition is a form of change.”

Growing up in the 2000s meant loops were omnipresent. Artists like Kanye West and Daft Punk created masterpieces by looping samples of older songs and even their own recordings. Take the latter’s seminal 2000 hit “One More Time.” The track still sounds alive to me more than 20 years later, its grainy synth sample, elastic bass line and titular refrain repeating throughout its run time. The looping creates an illusion that the record doesn’t have a beginning or an end, just the moment you happen upon it and the moment you exit the room. It’s inside this space where I discover my physicality and emotions — all it takes is some time.

Not everyone is as patient. When I was young, my mom teased me about the repetitive music coming from my bedroom. “Que bonita,” she heckled. Other times she would beg me to change the song, irritated that, according to her, it was headed nowhere. The loops didn’t change, of course, but I would focus on everything else that did. I became more keenly attuned to my physical environment. I noticed new rhythms: conversations would start and end, people came and went, traffic picked up and died down. Becoming aware of these intricacies in everyday life is the closest I feel to being in the present, instead of picking over the past or constantly preparing for the future.

In a conversation for his podcast, “Hanging Out With Audiophiles,” the musician Jamie Lidell compared the act of capturing a musical loop to catching the perfect wave. “When you have that loop and it gives you access, in a way, to something kind of sublime,” Lidell tells Four Tet, a fellow British musician, “you’re in the presence of something that to you, kind of does connect you to … maybe … some … unexplainable energy.”

As you can probably gather by now, it’s hard to talk about loops without sounding like a shaman or a stoner. I reckon Lidell is neither and is getting at what makes loop-based music so transcendent. Loops condense all parts of the listening experience — sound, space, time and emotion — into one concise package.

Few have captured the fleeting intensity of loops better than J Dilla, the Detroit producer whose raw, elliptical instrumentals paved a path forward for hip-hop. In his 2006 song “One Eleven,” he swirls a Smokey Robinson sample round and round, blending weeping strings and vocals together to create something entirely new. “Lord have mercy,” Robinson begs, before the strings take over again. The pain in his pitched-up voice brings me close to tears. Why is he pleading for mercy? For whom is he crying? There are no answers, only a drifting call for help. I can understand why Dilla kept many of his creations under two minutes. At some point, it’s time to let go, to literally and figuratively change your tune. If not, you can get stuck.

No matter how many times a loop repeats, the song to which it belongs eventually stops, modeling a way to move on. In miniature, loops help us become comfortable with endings, appreciative of the journey traveled. This can be its own kind of buzz, too. It’s the D.J. fading out the last song of the night, the lights coming on in a movie theater, your partner tapping you on the knee and saying it’s time to go home. What happens after is anyone’s guess. At least you can feel proud knowing you went to the party.

Honey closed its doors for good at the beginning of the pandemic. It was one of several endings that would follow. I quit my job, left Minneapolis, said goodbye to my parents as they moved out of the country, saw millions abruptly lose their loved ones. I miss dancing with my eyes closed inside that basement, guided by the music as it looped over and over. But I’m still here. Even now, I listen to loops to find a bit of bliss. Then I open my eyes, and the moment’s over.

Miguel Otárola is a music writer and audio journalist based in Denver. Born in Chile and raised in Tucson, Ariz., he now covers climate and environment issues in Colorado.

Bezos’ Rocket Crashes; No People Were Aboard 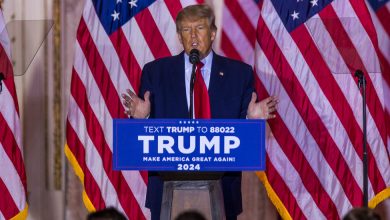 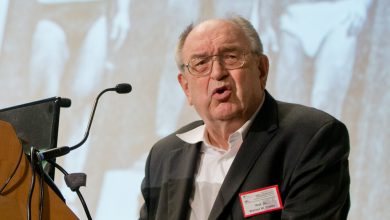 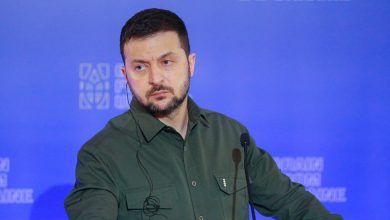