BERLIN — Chancellor Olaf Scholz has tapped Boris Pistorius, the interior minister of one of Germany’s largest states, to become the country’s next defense minister, a day after the previous minister resigned from the post amid heavy criticism, including over the war in Ukraine.

The defense ministry is one of the most critical roles in the German cabinet, given that it is where the most important changes are required in Mr. Scholz’s plan for a “Zeitenwende,” or turning point. Under that initiative, Germany is aiming to revitalize and bolster its military preparedness in an era of increased instability in Europe because of Russia’s invasion of Ukraine.

The incoming minister will be put to the test immediately, as he will have to navigate mounting public pressure for Germany to deliver Leopard 2 battle tanks to Ukraine, even though that decision lies with the chancellor. Mr. Scholz has repeatedly resisted succumbing to such pressure and says that he would make such a move only in coordination with Germany’s main allies. He is thought to be waiting on the United States in particular, according to politicians focusing on defense issues, and Washington has also not made any move on sending battle tanks.

The departing defense minister, Christine Lambrecht, a former justice minister, had faced months of criticism over her handling of the Ukraine crisis and the efforts to bolster Germany’s armed forces.

Mr. Scholtz’s decision to appoint Mr. Pistorius to the role undermines the chancellor’s previous efforts to ensure gender parity in his cabinet. It could therefore cause strife within his party, the Social Democrats, the senior group in his three-party coalition government. Several leading female Social Democrats had said they wanted the chancellor to keep that commitment.

Mr. Pistorius, 62, is a Social Democrat who headed the interior ministry of Lower Saxony, Germany’s fourth most populous state. He was mayor of the northern German town of Osnabrück for nearly seven years before his appointment as state interior minister in 2013.

He has no experience managing military forces but has worked for many years with the police and is seen as a staunch defender of them.

Mr. Scholz described Mr. Pistorius in Berlin on Tuesday as “an extremely experienced politician who has administrative experience, has been involved in security policy for years and, with his competence, assertiveness and big heart, is exactly the right person” to lead Germany’s armed forces through an era of change.

The Defenders of the Amazon Never Wanted to be Martyrs 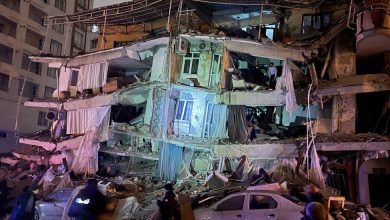