In one video, a man sarcastically sings a patriotic song. In another, a group of protesters hold up blank pieces of paper and chant in unison. In a third clip, a group of mourners light candles around a vigil to those who died in a fire while in lockdown in western China.

Signs of organized dissent are rare in China; so is their survival in the country’s digital space. China’s censorship apparatus — the most sophisticated of its kind in the world — has hunted down and deleted countless posts on social media showing the eruption of protests and anger at the government.

Yet over the past few days, as Chinese people frustrated by severe Covid lockdowns have taken to the streets, videos of the marches and rallies have continued to surface on Chinese sites such as WeChat, a chat app, and the short video sharing app, Douyin. Experts say the sheer volume of video clips has likely overwhelmed the automated software and armies of censors China has tasked with policing the internet.

“This is a decisive breach of the big silence,” said Xiao Qiang, a researcher on internet freedom at the University of California, Berkeley.

“Once the anger spills on to the street it becomes much harder to censor,” he added, pointing out that hundreds of demonstrators and onlookers posting videos from different angles is much harder for an algorithm to screen than a single key viral video.

Internet users are also flipping videos on their side, using filters on them, or recording videos of videos — creative tactics that have tripped up algorithms designed to flag the content. Adding to the challenge for Chinese censors, the protests have shown that a growing number of Chinese people are using software to access sites like Twitter and Instagram, which are blocked in China. Such foreign sites are beyond the reach of China’s censors, and can act as repositories for the videos, allowing them to be re-downloaded and reposted after they are deleted from the Chinese internet.

The sheer amount of footage speaks to the deep well of anger inside China against the country’s exceptionally stringent Covid policies that have affected hundreds of millions of people, especially over the past year. If China wanted to scrub the content completely, it would need to hire more people and develop far smarter algorithms, according to a former censor and an internet control expert. 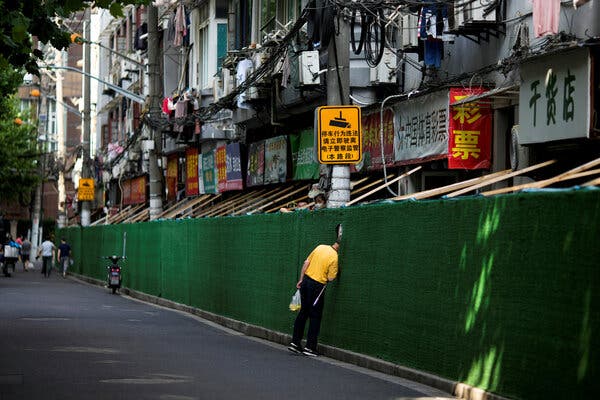 A lockdown placed to curb the coronavirus disease in Shanghai in June.Credit…Aly Song/Reuters

China’s ruling Communist Party has long relied on a playbook of arrests, surveillance and censorship to quash dissent and exert its control over people. Security officials identify and round up those they consider instigators or leaders, monitor the movements of would-be critics and purge public platforms of information that would galvanize others. The faltering of its censorship system signals a new challenge for the party as it faces more open opposition than it has in a generation.

Even before this week’s protests, China’s web controls have come under strain. Internet platforms and their government overseers struggled to manage the outpouring of anger during a two-month lockdown in Shanghai this spring and after an autumn bus accident, in which 27 people were killed while being transported to a quarantine facility.

Understand the Protests in China

This time, the immediate trigger for the protests was a fire in western China that killed at least 10 people in the city of Urumqi. Many suspected a lockdown had obstructed rescue efforts or trapped victims, although the authorities denied it.

Mr. Xiao, the Berkeley expert on censorship, said it was easier for China to purge the internet of the “Voices of April,” a video chronicling the toll of the lockdown in Shanghai that was widely shared, than it has been this time. “They’re outgunned by the massive amount of content coming from all over the place.” 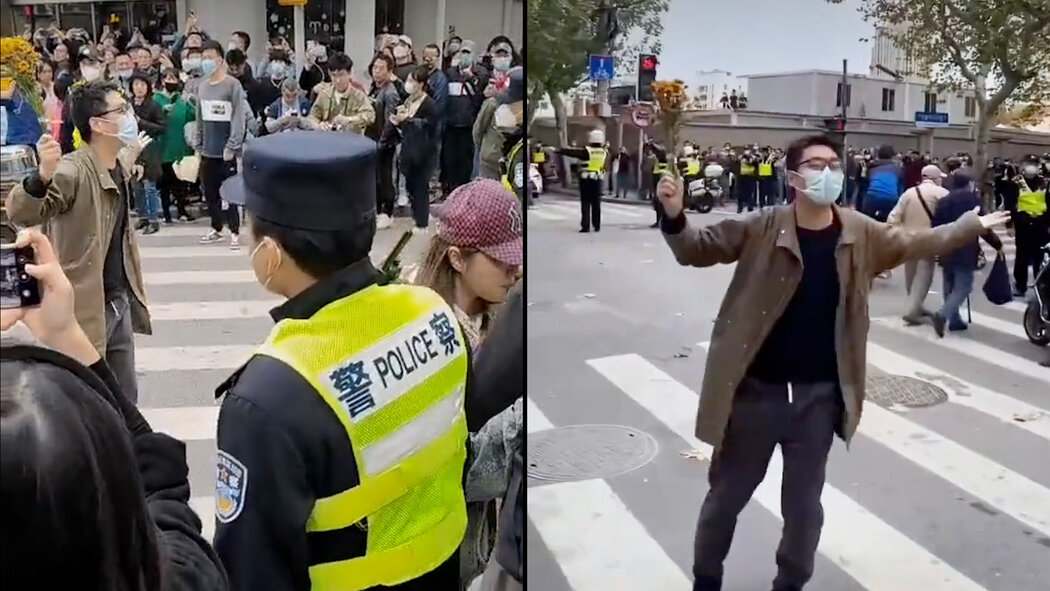 To truly deal with the flood of videos, platforms like WeChat and Douyin would have to hire ten times the amount of staff they currently have, estimated one former censor, who declined to be named out of a fear of government reprisals.

Censors use artificial intelligence to screen videos, he said, a system that works well identifying specific videos or objects, like candles or tanks, that indicate protest. But it often breaks down when trying to find more general categories of video. Tricks such as editing several videos together can flummox the software even more. To make a new algorithm catered to any given situation — such as images of crowds of people holding up pieces of paper, as in the case of the weekend’s protests — would be time consuming and costly, he said.

A number of accounts on Twitter have collected videos of the unrest from those behind China’s Great Firewall and posted them. That means content can get out of China and be stored beyond the reach of the censors. Later it can be brought back onto the Chinese internet if censored. One popular Twitter account, called “Teacher Li Is Not Your Teacher,” has over 700,000 followers. In the past week it received over a thousand submissions a day from China, according to a painter in Italy administering the account who provided only his last name, Li.

“About a dozen messages come to my inbox every second,” Mr. Li said in an interview. “Information published in China is deleted very quickly, so people have no choice but to come to me.”

Mr. Li started to use Twitter actively five months ago after his account on Weibo, a Chinese site similar to Twitter, was deleted by censors dozens of times. On Weibo, Mr. Li had published content submitted from followers. He decided to keep doing so on Twitter.

As discontent over Covid policies has grown in recent weeks, the videos he reposted have attracted an increasingly large audience. He tried to authenticate them by cross referencing different videos of the same event, but also acknowledges that he has limited expertise..

The exposure has also brought with it anxiety. On Monday, after his follower count grew to a half million, he faced an onslaught of reports for inappropriate content, a common tactic used by Chinese nationalist and government-backed accounts to stifle critics on Twitter.

With Twitter more relevant inside China than it has been in years, other campaigns appeared to target the spread of information there. In recent days huge amounts of spam, often featuring lewd photos and videos, clustered around hashtags related to Chinese cities, some of which have been the locations of protests, according to an initial examination by an independent researcher. Although it’s not clear who is behind the spam, such campaigns to dilute politically sensitive posts and make them difficult to find are a common feature of Chinese overseas information campaigns.

Within China, the videos have helped attract protesters. A former journalist in Shanghai said he first stumbled on a vigil at Urumqi Road in the city on Saturday, but went out to join another protest the next day after seeing videos on WeChat from his friends at the gathering.

He too shared videos of the protest on WeChat, though he deleted them after 24 hours in an effort to evade the authorities, who had begun to go after some demonstrators. Though only up shortly, his videos changed the minds of two people he had thought would be unreceptive: his parents.

“My parents, like many Chinese parents, used to think what I’m doing is meaningless and childish, but they have changed dramatically in the past two days,” Mr. Qu said. His parents now understand why he would participate in such gatherings, he said, perhaps in part because they too have struggled under Covid controls.

Despite the breakthroughs, some warned the censors will soon strike back, and may well recapture control of public opinion. Han Rongbin, a professor of media and politics at the University of Georgia who studies Chinese censorship, said that while he agreed the censors had been overwhelmed, their work, which has included pulling down huge numbers of posts and videos, has nonetheless been quite successful.

The goal of China’s censors isn’t necessarily to keep everyone in the dark, just enough to ensure the spread of protest can be stopped. “I still think it’s quite effective, in that there is still a large number of people who are not sure what’s actually going on,” he said.

After the wave of mass protests over the weekend, gatherings have been much smaller, in part as the authorities have smothered potential sites with heavy security. But a ramping up of censorship is also at play, Mr. Han said.

“If you look at things right now, it seems that the mobilization is cooling down,” he said.

Tags
China Over People That Videos

Shabbat Is a Salve, and a Scene