In Week 11, N.F.L. teams continued to settled into their identities even as they begin to feel the urgency of the postseason. While the Bills got things back on track, winning a surprise road game against the Browns, the Saints, Falcons, and Ravens continued to make their cases for playoff berths.

Make it 14 straight for the Patriots against the Jets (in the regular season). New England’s postseason chances got a big boost with a win over the Jets, who looked especially futile with just 103 total yards of offense.

The Eagles don’t have a replacement for Jordan Davis.

N.F.L. rushing offenses have been turbocharged this season after rumblings of a revolution last year. Defenses are playing lots of two-high safety coverages to prevent big passing plays, but focusing so much on the secondary has meant teams have struggled to stop rushers on scheme runs — power, counter and gap run plays that thrive on the lighter boxes up front.

A good defense can still staunch the run while still deploying two deep safeties if it has a nose tackle in the middle of the defensive line who can buy an acre worth of space for his fellow defenders.

The Philadelphia Eagles have been the poster children for this particular idea. Philadelphia traded up to draft Jordan Davis, a 6-foot-6, 336-pound nose tackle, who took over a starting spot in Week 3. Davis allowed the Eagles to play with three down linemen and two edge defenders, creating a five-man line as their base defense.

Philadelphia has the N.F.L.’s second-best pass defense and, to be fair, the run defense has allowed only 8 touchdowns on the ground. But the team’s linebackers haven’t been effective in coverage out of the base defense and their other defensive tackles can’t stop the run out of nickel.

Then Davis left a Week 8 win over the Steelers and went on the injured reserve with an ankle injury. On Sunday, in a squeaking 17-16 win over the Colts, Davis’s run-stuffing was sorely missed. Indianapolis ran Jonathan Taylor on seven of its 10-play opening drive which culminated in Taylor’s 1-yard touchdown score. Philadelphia trailed the rest of the game until Jalen Hurts ran in a 7-yard touchdown with 1:20 remaining.

In the Eagles’ first loss of the season against the Commanders in Week 10, Davis’s replacements — Milton Williams, Javon Hargrave, or Fletcher Cox — couldn’t replicate Davis’s space-eating, so Philadelphia abandoned those fronts for their four-down nickel fronts. Washington put up 152 rushing yards and held the ball for a wopping 40:24.

Without Davis, the Eagles signed Linval Joseph and Ndamukong Suh before facing the Colts. Suh was a good run defender in his prime and once upon a time Joseph would have been a perfect replacement for Davis, but neither was an effective band-aid in their first game with the team.

Davis isn’t expected to return until at least Dec. 4, when the Eagles play Derrick Henry and the Titans in Philadelphia. It could be a rude welcome back.

Review: In ‘Difficult Grace,’ a Cellist Moves Beyond Classical Confines

Down and Out When 2022 Began, Novak Djokovic Is On Top Again. Kind Of. 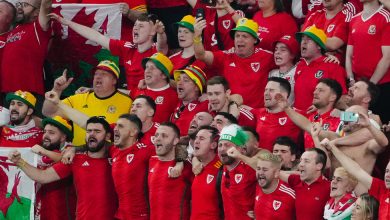 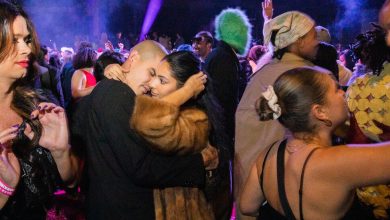 Who is the Coolest Person in Los Angeles?