The chess world has been shaken by a cheating accusation at the highest level of play since Magnus Carlsen’s loss to Hans Niemann at the Sinquefield Cup on Sept. 4 and Mr. Carlsen’s subsequent decision to withdraw from that tournament. When they were paired again last week in the Julius Baer Generation Cup, Mr. Carlsen resigned in protest without making a second move in the game.

Mr. Niemann was eliminated from that event in the quarterfinals, but this did nothing to quell the rumors of impropriety that swirled around his play after his victory with the black pieces over Mr. Carlsen. Neither Mr. Niemann nor a representative for Mr. Carlsen responded to requests for comment.

In Mr. Carlsen’s first public statement since the Julius Baer Generation Cup, he said on Twitter on Monday, “I believe that Niemann has cheated more — and more recently — than he has publicly admitted.” Mr. Carlsen added, “Throughout our game in the Sinquefield Cup I had the impression that he wasn’t tense or even fully concentrating on the game in critical positions, while outplaying me as black in a way I think only a handful of players can do.”

The international governing body of chess, known as FIDE, recently reminded players of a number of rules regarding cheating allegations, including penalties for players who make “manifestly unfounded complaints.” The rules are meant to deter players from accusing others without concrete evidence. Mr. Carlsen’s statement did not include evidence to support his accusation. “There is more that I would like to say,” he wrote. “Unfortunately, at this time I am limited in what I can say without explicit permission from Niemann to speak openly.”

In 2013, Borislav Ivanov, a FIDE master, was accused of cheating by using a device hidden in his shoes, and his refusal to remove his shoes at the request of an arbiter was taken as an admission of guilt. Mr. Ivanov became a pariah in the world of professional chess and was stripped of his title. Many in the chess world believe that if Mr. Niemann does not allow Mr. Carlsen to speak freely on this subject, the younger grandmaster will be treated similarly.

FIDE’s policy is designed to discourage unfounded complaints and prevent false positives, an instance in which an innocent player is wrongly accused. In fact, the organization may punish people who make cheating claims without strong evidence. But the desire of many players and spectators is an anti-cheating detection model that ensures no one is able to cheat and get away with it.

FIDE sets an extremely high bar for proving cheating. David Hater, an international arbiter with extensive experience in this area, said in an email that “the minimumstandard that FIDE will accept as presumptive evidence that a person violated fair play is 99.998 percent probability that the person did in fact cheat. In other words 99.9 percent is not good enough.”

Mr. Hater said, “In every case that I have personally seen, the probability that the person cheated is significantly above the minimum.” He added, “In order to prevent false positives, the person referring the charges must ensure they have good evidence.”

A few days after Mr. Carlsen resigned against Mr. Niemann at the Julius Baer Generation Cup, but before Mr. Carlsen spoke out on Twitter, the president of FIDE, Arkady Dvorkovich, released a statement saying “we strongly believe that the world champion has a moral responsibility attached to his status, since he is viewed as a global ambassador of the game.” Mr. Dvorkovich added, in an apparent admonishment of Mr. Carlsen, “We strongly believe that there were better ways to handle this situation.” Mr. Dvorkovich did not announce any disciplinary action against Mr. Carlsen or Mr. Niemann in the statement.

Mr. Niemann acknowledged in an interview earlier this month that he had violated rules of fair play in online tournaments on Chess.com at least twice in the past. Some observers consider cheating online to be less serious than cheating in matches played in person. Mr. Dvorkovich explicitly rejected that notion in his statement on behalf of FIDE: “We reiterate our zero-tolerance policy toward cheating in any form. Whether it is online or ‘over the board,’ cheating remains cheating.” Mr. Dvorkovich also called for “cooperation between major online platforms, private events and top players.”

Earlier this month, Chess.com removed Mr. Niemann from the site and uninvited him from future tournaments amid the cheating allegations. The company, which has a well-regarded anti-cheating detection mechanism, is set to merge with Play Magnus Group, which was founded by Mr. Carlsen. The chief chess officer of Chess.com, Daniel Rensch, addressed rumors that the platform had shared a list of cheaters with Mr. Carlsen on Reddit: “NOBODY from C24 — NOT even MAGNUS!!! — is working, has worked or has seen/been invited to see our systems.” Mr. Rensch added that Mr. Carlsen was not given a list of cheaters or any inside information about Chess.com’s cheating detection algorithms, and that Mr. Carlsen “is and has completely acted 100% on his own knowledge (not sure where he got it!) and desires.”

Another question is how much to trust cheating detection systems to settle the dispute. Ken Regan, an associate professor of computer science and engineering at the University at Buffalo, developed the system trusted by FIDE to detect when a chess player is using computer assistance during a game. After analyzing Mr. Niemann’s play over the last two years, Dr. Regan concluded that he was probably not cheating. But some have questioned how well Regan’s model can detect a player who uses computer assistance only sparingly, maybe once or twice a game at key moments, in a scheme to evade detection.

If Mr. Niemann is not cheating, the magnitude of his achievement is astounding. At times, his play is so accurate that it leaves audiences and opponents alike in disbelief. He may already be the best player in the world. But if Mr. Niemann is cheating, the damage done to the game of chess may prove incalculable. 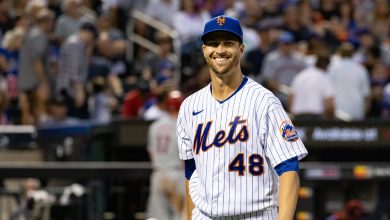 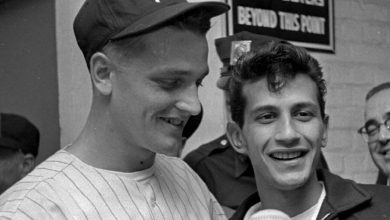