One of my favorite episodes of “This American Life” begins with a conversation between the host Ira Glass and the culinary griot and author Vertamae Smart-Grosvenor. In the episode, Mr. Glass decides to test Ms. Smart-Grosvenor’s claim that she can tell when chicken is done frying by simply listening to the oil. He plays recordings of hot grease: the initial sizzles of battered chicken nestling into the pan, the more vigorous bubbles as the oil heats back up, the final rumbles as the chicken transforms.

I recognized those distinct sounds immediately and could envision the chicken’s color deepening from floury white to amber. As Ms. Smart-Grosvenor listened, she was trusting her own senses — and what the ingredients revealed to her. That honing of the senses, I know, is how you become a great cook.

If cooking is the tactile process of transforming ingredients, a good recipe is a path that should lead anyone who follows it to the desired result. But the words on a page are not the only signs that mark the way. Cooking is really an exercise in pattern recognition, problem solving and, maybe most important, trusting our senses.

Yẹ́misí Aríbisálà, a home cook and the author of the sensuous culinary autobiography “Longthroat Memoirs,” taps into the senses to inform her everyday cooking. “For me, a lot happens here,” she said, pointing to her nose. “I could catch a smell, and a whole scene of something happening would play out in my mind’s eye. Like when I put cumin in a pan, I can smell the gradients shift as it toasts. Nothing happens here in the kitchen without me picking it up.”

Doris Hồ-Kane an archivist, historian and the baker at Bạn Bè, her Vietnamese bakery in Carroll Gardens, Brooklyn, doesn’t have any of the recipes for her menu items written down. “After replicating it over and over, there is a recipe that lives in my head,” she said. “It is so much about the way something feels in my arms, like hugging a bowl of flour, or the way I mash up a certain grain, the way that agar bounces or feels under my fingertip.”

“It’s just by sight and weight and feeling. It’s like a voice in my head telling me ‘It’s done.’” 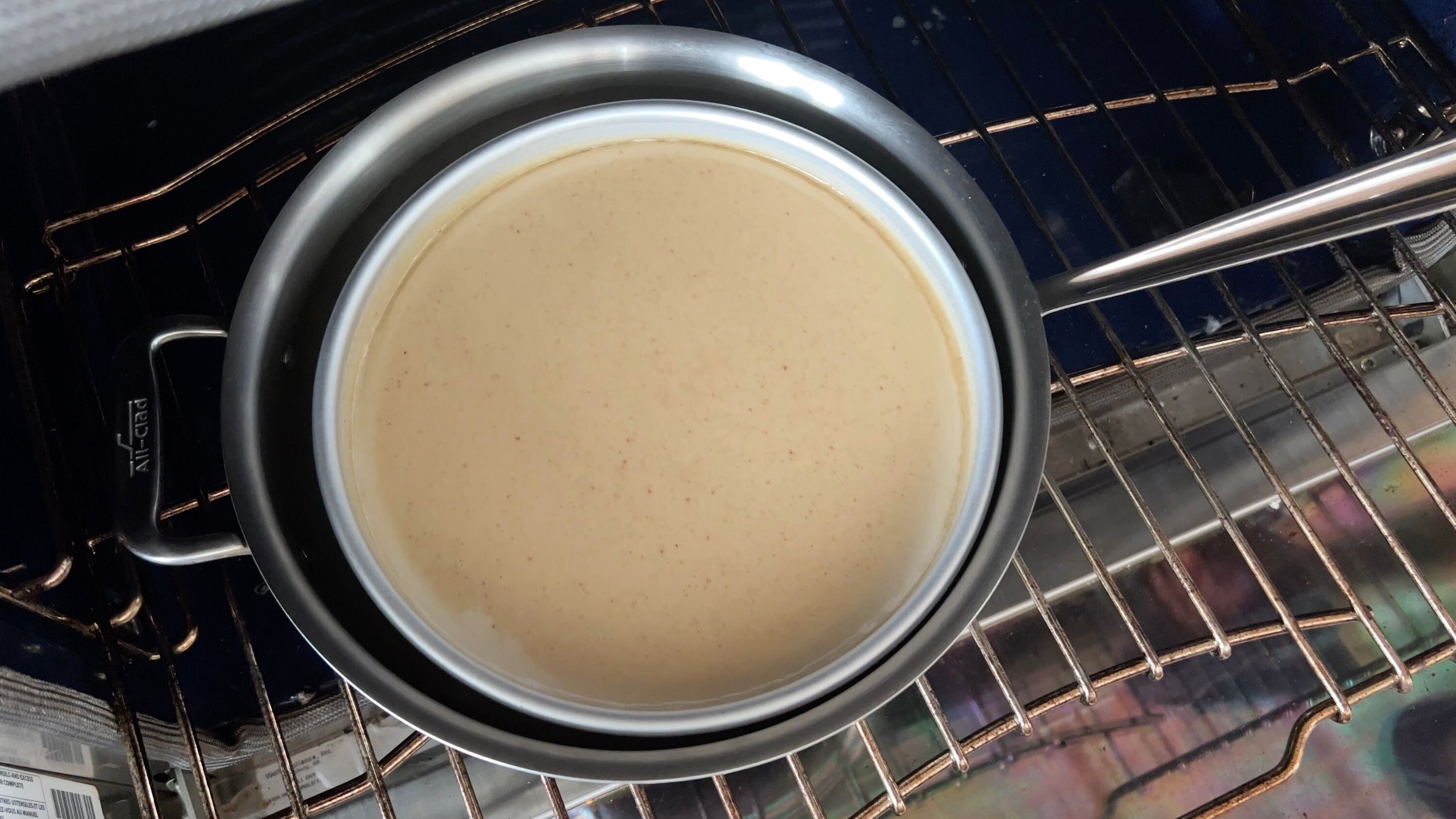 The crème caramel I learned to perfect as a young pastry cook is a great example of Ms. Hồ-Kane’s philosophy. It’s a simple recipe, a combination of eggs, milk, sugar and cream. But the techniques of crème caramel require careful attention.

I make mine in a water bath with an aluminum-foil cover so that the custard sets from the outside in. When I first peel back the cover and give the pan a jiggle, I’m observing how far inward the custard has set by how uniformly it wiggles: pattern recognition. Then I remove the cover entirely, which exposes the custard to the oven’s dry, direct heat and allows the center to firm up: problem solving.

Watch closely as the sugar dissolves when making the caramel. The syrup takes only seconds to transform from a light golden to a dark amber hue. Credit…Kelly Marshall for The New York Times. Food Stylist: César Ramón Pérez Medero. Prop Stylist: Melina Kemph.

Even before the custard goes into the oven, I am drawing on all of my senses: I’m leaning over the saucepan of toasting spices, ensuring the gentle heat releases their oils and their aromas fill the air. For a moment, my eyes are on the dissolving sugar as it transforms into a golden amber syrup; the taste of burned sugar is overpowering, so I do everything to avoid taking the caramel too far. And when it’s time to whisk the custard base, I know that incorporating too much air will deaden its silkiness, so I use as few turns as possible as I fold the ingredients.

A single recipe is never the one true version of a dish, and minding sensory cues when cooking allows you to explore the boundaries of a recipe. It is only by following your senses that you can personalize the experience by determining how far from that structure you would like to go.

These sensory cues, and the ease that eventually comes to the process when you pay attention to them, are where the real satisfaction of cooking lies.

As freed Ukrainian soldiers return, joy and relief ripple across the country.