HONG KONG — China threatened over the weekend to take countermeasures after the Biden administration approved the sale of more than $1.1 billion worth of arms to Taiwan.

A spokesman for the Chinese Embassy in Washington said the sale of military equipment to Taiwan, designed to repel a seaborne invasion from China, would “severely jeopardize China-US relations and peace and stability across the Taiwan Strait.”

In a series of messages posted to Twitter on Saturday, Liu Pengyu, the spokesman, also called on the United States to “immediately revoke” the decision to approve the arms sale, which was announced on Friday after the Biden administration formally notified Congress. It will still need approval by Congress, which is considered likely.

The deal is the largest for Taiwan under the Biden administration, said Drew Thompson, a senior research fellow at the National University of Singapore, on Sunday. While some sales, including during the Trump administration, were larger, this one reinforces that Taiwan wants to have “a larger supply of war reserve munitions on hand in advance of a conflict.”

Mr. Thompson, who formerly worked at the Pentagon, said the Chinese Embassy’s statements were in line with past reactions to weapon deals and “may even be more cautious than statements in the past that have called for sanctions against companies supplying weapons.”

Read More on the Relations Between Asia and the U.S.

China claims Taiwan, a self-governing democracy, as its own and has accused the United States of interfering with its internal affairs even though the ruling Communist Party has never controlled the island.

The State Department said that the sales were part of a long-established U.S. policy of providing weapons to Taiwan. But the move comes as tensions in the Taiwan Strait have reached their highest level in decades and the U.S.-China relationship is fraying over a range of economic and political issues.

The United States has maintained tariffs the Trump administration imposed on hundreds of billions of dollars’ worth of Chinese goods, even as President Biden considers rolling back some. And American officials boycotted the Beijing Winter Olympics in February to protest Chinese human rights abuses, including a crackdown in the Xinjiang region that the United States has called genocidal.

A visit to Taiwan last month by House Speaker Nancy Pelosi, the most prominent official to visit in more than two decades, exacerbated tensions. In response, China deployed large-scale military exercises designed to intimidate Taiwan and demonstrate to the United States its military capability. Beijing also canceled or suspended high-level talks with the United States on a range of issues, including climate change and military cooperation.

Last week, the U.S. Navy said that two of its warships had sailed through the Taiwan Strait as part of a “routine Taiwan Strait transit.” The Chinese military acknowledged the passage of the two ships and said its forces “remain on high alert, ready to thwart any provocation.”

The United States has quietly pushed for Taiwan to buy weapons that would help its small military fight off an invasion from China, a campaign that has gained urgency since the Russian invasion of Ukraine in February. Washington is increasingly wary that an emboldened China might invade Taiwan in the coming years.

Beijing has tried to cut off Taiwan internationally and said that Ms. Pelosi’s visit in August breached a status quo in which the United States holds no official ties with Taiwan. After her visit, three additional groups of American officials visited the island as well as a delegation of Japanese lawmakers.

Mr. Liu, the Chinese spokesman, called on Washington to “honor its commitments to the one-China principle” and affirmed Beijing’s line that Taiwan is an “inalienable part of Chinese territory.”

Taiwan said Saturday that it “highly welcomes” the arms sales and said the military equipment was needed to strengthen its defenses. Its Ministry of National Defense said it detected People’s Liberation Army aircraft and naval ships in the region again on Saturday. China’s recent drills practiced blockading the island, a strategy that could cut it off from fuel and food supplies while signaling Beijing’s military power.

How Russia Uses Low Tech in Its High-Tech Weapons 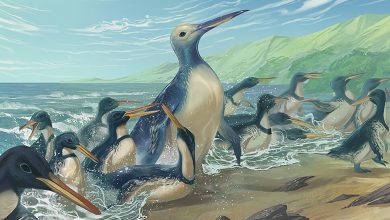