NEWPORT BAY, Calif. — Claire Arre, a marine biologist, waded through the sand in search of an Olympia oyster on a recent sunny afternoon, monitoring the bed her organization had built to clean up the surrounding watershed and contemplating all that could be done if she could get her hands on federal funding to expand the work.

Ms. Arre’s project aims to combat climate change using nature instead of human-engineered construction, and it is one of many across the nation’s 254 coastal counties that is eligible for billions in federal funding from the Inflation Reduction Act, the sprawling climate, health care and tax bill signed last month by President Biden.

The measure could “have a direct result in getting our next restoration project off the ground and sharing the beneficial impacts here into another area,” said Ms. Arre, the director of marine restoration for Orange County Coastkeeper, a nonprofit group, as she meticulously scanned the site, surrounded by sandbars and cliffs, pickleweed and docked boats.

The group hopes to expand to nearby Huntington Harbour, and it has been seeking funding to do so.

A little-noticed section of Democrats’ climate legislation, which made the largest federal investment in history to combat the warming of the planet, injects $2.6 billion over five years into coastal communities across the country through grants to fund projects that prepare and respond to hazardous climate-related events and disturbances. The program makes up less than 1 percent of the total climate investment in the law, but it is widely regarded as a significant step and the latest sign of a shift by the federal government toward funding nature-based climate solutions.

Officials from coast to coast have long sought funding to restore natural habitats that are essential to beach communities, as floods wreak havoc in the East and rising sea levels increasingly threaten the West. By 2050, sea levels are expected to rise by a foot or more on average, increasing as much in that time as they have in the past century.

Scientists expect the impact of climate change to be far more damaging in the future. Rising sea levels have been exacerbated by flooding and cataclysmic rainstorms, called “megastorms,” that could upend San Francisco and cities across the globe. Along the East Coast, sea-level rise and flooding from rainfall have been threatening cities in Georgia, Virginia, North Carolina and Florida, among others. Cities are facing a number of obstacles like repairing destroyed roads and drains or retreating inland. And paying for such measures presents yet another challenge.

A woman walked in floodwater during a heavy rainfall in Miami. Cities along the East Coast are increasingly vulnerable to flooding.Credit…Chandan Khanna/Agence France-Presse — Getty Images

“Our coastal areas are shrinking before our very eyes, and people are being displaced,” said Representative Troy Carter, Democrat of Louisiana, whose home state has lost more than 2,000 square miles of coast — roughly the size of Delaware — since the 1930s. The coastal restoration funding “is a grand-slam home run,” he said.

Escalating climate threats have prompted a continuing debate among policymakers and experts about how best to guard against devastating damage, between those who prioritize building man-made infrastructure like sea walls — sometimes called “gray infrastructure” — and those who favor nature-based solutions, or so-called green infrastructure.

Some scientists and climate organizations see the climate law as a clear signal that the government is giving priority to natural solutions.

A substantive legislation. The $370 billion climate, tax and health care package that President Biden signed on Aug. 16 could have far-reaching effects on the environment and the economy. Here are some of the key provisions:

Auto industry. Until now, taxpayers could get up to $7,500 in tax credits for purchasing an electric vehicle, but there was a cap on how many cars from each manufacturer were eligible. The new law will eliminate this cap and extend the tax credit until 2032; used cars will also qualify for a credit of up to $4,000.

Energy industry. The legislation will provide billions of dollars in rebates for Americans who buy energy efficient and electric appliances. Companies will get tax credits for building new sources of emissions-free electricity. The package also includes $60 billion set aside to encourage clean energy manufacturing and penalties for methane emissions that exceed federal limits starting in 2024.

Health care. For the first time, Medicare will be allowed to negotiate with drugmakers on the price of some prescription medicines. The law also extends subsidies available under the Affordable Care Act, which were set to expire at the end of the year, for an additional three years.

Tax code. The law introduces a new 15 percent corporate minimum tax on the profits companies report to shareholders, applying to companies that report more than $1 billion in annual income but are able to use credits, deductions and other tax treatments to lower their effective tax rates. The legislation will bolster the I.R.S. with an investment of about $80 billion.

Low-income communities. The package includes over $60 billion in support of low-income communities and communities of color that are disproportionately burdened by climate change. Among the provisions are grants for zero-emissions technology and money to mitigate the negative effects of highways and other transportation facilities.

Fossil fuels industry. The legislation requires the federal government to auction off more public space for oil drilling and expand tax credits for coal and gas-burning plants that rely on carbon capture technology. These provisions are among those that were added to gain the support of Senator Joe Manchin III, Democrat of West Virginia.

“You are seeing a lot more attention and acceptance of greener options,” said Charles Lester, the director of the Ocean and Coastal Policy Center at the University of California, Santa Barbara. “It’s a spectrum of ways of responding to shoreline change, and this funding is causing us to think more completely and more holistically about all the different pieces of these puzzles.”

Tom Cors, a government relations official at the Nature Conservancy, said the resilience funding in the climate law, in combination with resources in the infrastructure law passed last year, represented the most significant influx of money for green infrastructure, the latest move in a shift that began about a decade ago.

The bipartisan infrastructure measure added $3 billion to the federal pot for projects related to habitat restoration and climate resilience, but funding has yet to be disbursed as the application process is still underway, according to the National Oceanographic and Atmospheric Administration. Nearly half of it is earmarked for “high-impact natural infrastructure projects.”

And in 2020, Mr. Biden signed legislation that mandated that the U.S. Army Corps of Engineers, the main civil engineering agency of the government that has historically favored gray infrastructure, consider nature-based solutions during an early planning stage of some projects.

The funding from the new climate law will be distributed to NOAA, which is expected to provide funding through contracts, grants and other agreements to local, state and tribal governments, nonprofits and institutions of higher education. The law specified that the money should go to projects that support natural resources in coastal and marine communities, including wetland restoration or restoring sea grass and oyster beds. It also said the funding should be used to protect fisheries and for projects that protect communities from extreme storms and climate change.

Some examples include adding sand or restoring dunes to provide a buffer for the receding shoreline. Wetland restoration also helps absorb storm waters and carbon dioxide — a chemical in the atmosphere known for warming the planet — and contribute to biodiversity. The flow of water can also be slowed by restoring sea grass and oyster beds.

Amy Hutzel, the executive officer for California’s State Coastal Conservancy, the state’s leading nature-based restoration agency, said she was pleased that the climate law focused on nature-based projects, which can reduce the impact of wind and wave patterns along the coast, as opposed to building levees and sea walls.

The moment a city constructs a levee or a sea wall, it “is immediately deteriorating,” Ms. Hutzel said. “When you work with nature, you are building a system that the natural processes are maintaining.”

Some scientists argue that such an approach can be more cost-effective than man-made projects. A New York City study in Queens showed that using gray infrastructure would be twice as expensive as incorporating both gray and green projects.

But nature-based solutions, while attractive, can be difficult to execute, Mr. Lester noted.

Jennifer Brunton, the New York district water business line leader at WSP, an engineering consulting firm, said many of her clients turn away from green infrastructure because they do not have enough space for nature-based solutions and because it is less mainstream.

Gray infrastructure has traditionally been preferred by homeowners along the coast who are willing to part with their beach access if it means creating concrete fixtures that can safeguard their homes, as well as city officials who are skeptical about the effectiveness of green infrastructure. Proponents of gray infrastructure also argue that green projects need constant maintenance, whereas gray infrastructure can be easier to maintain.

In Pacifica, Calif., homeowners like Mark Stechbart, a retiree, have been calling for more gray infrastructure to offset the sea-level rise that is threatening their properties. The coastline in his Northern California community does not have the right conditions for green infrastructure, Mr. Stechbart said, leaving the city with two options: go gray or go inland.

“Gray infrastructure, at least around here, is the only thing that works,” Mr. Stechbart said in an interview. “Either we have a town that functions or we don’t.”

He added, “There are some areas where if you don’t maintain and improve shoreline protections, a major hotel goes in the water.”

Representative Michelle Steel, Republican of California, has supported nature-based resiliency projects in her district, such as adding sand to Huntington Beach. In a statement explaining why she voted against the Inflation Reduction Act, Ms. Steel said, “We need to cut federal spending and get costs under control instead of expecting American families to foot the bill for Washington’s spending addiction.”

Representative Garret Graves, Republican of Louisiana, a champion of resilience projects, also voted no. In a written statement, he said he had little confidence that NOAA would be “fair or transparent” when allocating the funding.

How Do We Turn Symptoms Into Words? 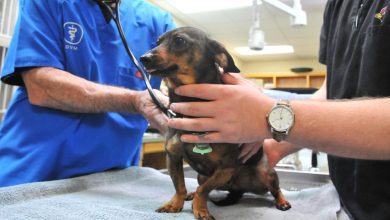