The United States secretly manufactured biological weapons in Ukraine. It trained birds to carry pathogens into Russia. It created Covid-19. It operated laboratories in Nigeria that engineered this year’s outbreak of monkeypox.

Of the many falsehoods that the Kremlin has spread since the war in Ukraine began more than six months ago, some of the most outlandish and yet enduring have been those accusing the United States of operating clandestine biological research programs to wreak havoc around the globe.

The United States and others have dismissed the accusations as preposterous, and Russia has offered no proof. Yet the claims continue to circulate. Backed at times by China’s diplomats and state media, they have ebbed and flowed in international news reports, fueling conspiracy theories that linger online.

In Geneva this week, Russia has commanded an international forum to air its unsupported assertions again. The Biological Weapons Convention, the international treaty that since 1975 has barred the development and use of weapons made of biological toxins or pathogens, gives member nations the authority to request a formal hearing of violations, and Russia has invoked the first one in a quarter-century.

“This is the military biological Pandora’s box, which the United States has opened and filled more than once,” Irina A. Yarovaya, the deputy chair of the Russia’s lower house of Parliament, the State Duma, said last month. She is leading a parliamentary committee that was formed to “investigate” American support for biological research laboratories in Ukraine and elsewhere.

Virtually no Western officials or experts expect Russia to produce, during the weeklong gathering, facts that corroborate the accusations. If the past is any guide, that will not stop Russia from making them. Experts say Russia is likely to use the mere existence of the investigative session, much of which will take place behind closed doors, to give its claims a patina of legitimacy.

Russia’s propaganda campaign has sought to justify the invasion ordered by President Vladimir V. Putin, who in April cited a “network of Western bioweapons labs” as one of the threats that forced Russia to act. More broadly, though, the flurry of accusations has sought to discredit the United States and its allies — Ukraine’s most powerful supporters and, increasingly, the source of arms being used to fight Russian forces.

Russia’s propaganda campaign has sought to justify the invasion of Ukraine, ordered by President Vladimir V. Putin, who cited a “network of Western bioweapons labs” as one of the threats that forced Russia to act.Credit…Daniel Berehulak for The New York Times

Even when unsupported by fact, the accusations have played into pre-existing attitudes toward American dominance in foreign affairs. The consequence has been to sow division and doubt — not necessarily to build support for Russia’s invasion, but to deflect some of the blame to the United States and the North Atlantic Treaty Organization.

The notoriety of Russia’s accusations about secret weapons production could also erode confidence in genuine biological research, much as the debate over the origins of Covid-19 has.

“The message is constantly about these labs, and that will erode confidence in that infrastructure and the work that’s being performed,” said Filippa Lentzos, an expert on biological threats and security at King’s College London. “And it will significantly undermine global biosafety and biosecurity efforts, so it does have consequences.”

Russia added the outbreak of monkeypox to its list of American transgressions in April. Gen. Igor A. Kirillov, the head of the Russian Army’s radiological, chemical and biological defense force, insinuated that the United States had started the latest outbreak because it supported four research laboratories in Nigeria where the epidemic began to spread.

In the months after the general’s comments, there were nearly 4,000 articles in Russian media, many of them shared on Twitter, Facebook and other social media platforms, according to research conducted by Zignal Labs for The New York Times.

For evidence of a conspiracy, some of the Russian reports pointed to a simulation in 2021 at the Munich Security Conference, an annual gathering of defense officials and experts from around the world. The simulation, intended to test how well countries would contain a new pandemic, posited a hypothetical monkeypox outbreak that began in a fictional country called Brinia and caused 270 million deaths.

Gen. Igor A. Kirillov, the head of the Russian Army’s biological defense, has insinuated that the United States started the latest outbreak of monkeypox.Credit…Associated Press

The Russian reports circulated so widely that the advocacy group that designed the exercise, the Nuclear Threat Initiative, put out a statement in May trying to tamp down any misconception.

“We have no reason to believe that the current outbreak involves an engineered pathogen, as we have not seen any compelling evidence that would support such a hypothesis,” the organization, based in Washington, wrote. “We also do not believe that the current outbreak has the potential to spread as rapidly as the fictional, engineered pathogen in our scenario or to cause such a high case fatality rate.”

Russia’s accusations have appeared in news reports in many countries, especially in Africa and the Middle East, regions that have become diplomatic battlegrounds between the United States, Russia and China.

The state media in China routinely amplifies Russian claims about the war with Ukraine and about secret biological weapons research, as part of its own information battle with the United States that began with the debate over the spread of Covid-19.

Russia’s efforts to push the claims about biological weapons come from an old Russia propaganda playbook, adapted to the age of social media.

Researchers at the RAND Corporation called the Russian strategy a “fire hose of falsehood,” inundating the public with huge numbers of claims that are designed to deflect attention and cause confusion and distrust as much as to provide an alternative point of view.

The strategy has roots reaching back to the Cold War.

In 1983, the K.G.B. planted an anonymous letter in an Indian newspaper alleging that the United States manufactured the virus that causes AIDS in an experiment at Fort Detrick, Md., according to documents at the Woodrow Wilson International Center for Scholars’ Digital Archive.

The false claim spread extensively in the years that followed, even appearing at one point on “CBS Evening News With Dan Rather.” The campaign ended only in 1987 when the Reagan administration warned the last Soviet leader, Mikhail S. Gorbachev, who died on Tuesday, that it would hurt newly warming relations with the West.

Russia’s propaganda model today has been adapted to take advantage of “technology and available media in ways that would have been inconceivable during the Cold War,” according to the RAND study.

Despite “a shameless willingness to disseminate partial truths or outright fictions” and a disregard of consistency, the strategy can often be persuasive to some, especially those who have preconceived biases, one of the authors, Christopher Paul, said in an interview.

“There are still people who believe the C.I.A. caused AIDS in Africa, even though that idea has been thoroughly debunked,” Mr. Paul said. “Not many, but some.”

Like many disinformation campaigns, Russia’s accusations on occasion have a passing relationship to facts.

Even before the war in Ukraine, Russia raised alarms about U.S. efforts to establish closer defense and research ties with several of Russia’s neighbors, including other former republics of the Soviet Union.

Monkeypox vaccination in New York. Russia accused that the United States started the latest outbreak because it supported four research laboratories in Nigeria where the epidemic began to spread.Credit…Andrew Seng for The New York Times

The United States has poured millions of dollars of assistance into those countries, under the Biological Threat Reduction Program. The initiative was originally intended to dismantle the remnants of Soviet-era nuclear, chemical and biological weapons after the Cold War, including in Ukraine. It has expanded to focus on supporting biological research laboratories that are crucial to monitor and prevent diseases from spreading.

Russia previously made unsubstantiated claims about an American-financed lab in the former Soviet republic of Georgia, which Russia invaded in 2008.

The State Department, in a response to questions, said Russia’s accusations were intended to justify and distract from its unprovoked invasion of Ukraine.

Since the war began, Russia has already raised its accusations before the United Nations Security Council. Izumi Nakamitsu, the U.N. under secretary general and high representative for disarmament affairs, twice told the Council that there was no evidence of any biological weapons programs in Ukraine.

Although Russian officials repeatedly promised to provide proof of the secret weapons research in Ukraine, they have not yet done so.

On Monday, Russia will make a presentation before representatives of the 184 nations that have signed the Biological Weapons Convention. The United States, Ukraine and other countries will be able to respond later in the week. Because the treaty has no verification or enforcement provisions, there will be no official ruling on Russia’s claims, but on Friday nations can state their positions.

Dr. Lentzos of King’s College London said that because of the format — and geopolitics — many countries might be unwilling to publicly contradict Russia or its biggest backer, China.

The only other time a member nation of the Biological Weapons Convention invoked a special session was in 1997, when Cuba accused the United States of spraying a plume of insects over the country’s crops, causing a devastating infestation.

The proceedings were not public, but several nations later submitted written observations about Cuba’s claims and the United States’ rebuttal. Only North Korea supported Cuba’s claim. Eight countries — Australia, Canada, Denmark, Germany, Hungary, Japan, the Netherlands and New Zealand — concluded there was no link. China and Vietnam said it was impossible to determine. (Russian submitted no response.)

“There’s a big silent majority that just wants to sit on the fence,” Dr. Lentzos said. “They don’t really want to take a side because it could hurt their interests either way. And so the big question is not ‘Do these guys believe it, or not?’ It’s to what extent are they motivated to act on it and speak out.”

Gustavo Arnal, No. 2 at Bed Bath & Beyond, Dies 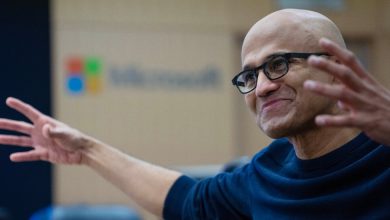 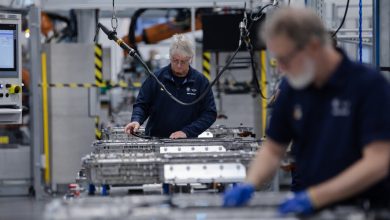 President Biden Is Not Backing Off His Big-Government Agenda 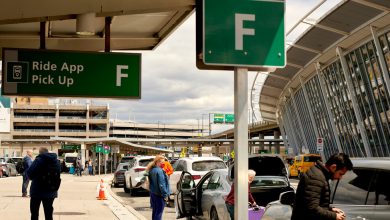 Uber Reports Record Revenue as It Defies the Economic Downturn 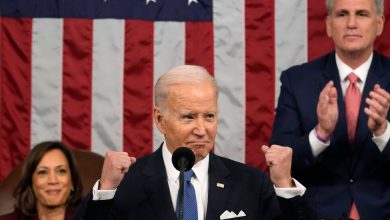 Biden Makes His Business Case in the State of the Union