It is something of a shock to encounter Jennifer Westfeldt, as gorgeous and screwball-comedy perfect as ever, playing the mother of an actual grown-up — a daughter deep enough into adulthood that not only has she gotten married, but now she’s getting a divorce.

Your brain may do some contortions as it attempts to adjust, but the effervescent Westfeldt — star of the classic rom-com movies “Friends With Kids” and “Kissing Jessica Stein” —has indeed taken up the Jewish-mother mantle. As Mama in Liba Vaynberg’s ambitious, off-kilter play “The Gett,” at Rattlestick Theater in Greenwich Village, Westfeldt handily steals the show.

Mama’s daughter, Ida (pronounced EE-da), a poet with a day job at a library, is rather less interesting. This is unfortunate, given that she is the main character.

One Dec. 25, en route to a friend’s party, Ida (Vaynberg) gets stuck in an elevator with a guy who is smolderingly hot despite his penchant for magic tricks. (The show’s magic consultant is Alexander Boyce.) The stranger is attracted to Ida even after she flosses her teeth in front of him, right there in the elevator.

This is Baal (Ben Edelman), Ida’s future husband and eventual ex. His name, a note in the script explains, “is the Hebrew word for husband, master, and a false violent god who is eventually banished.” Romantically, Baal is not a healthy choice.

Directed by Daniella Topol, “The Gett” is about his banishment, but its principal subject is Ida’s struggle to remake herself after their divorce. (A gett is a Jewish divorce decree.) Subtitled “One Woman’s Creation Myth,” the play borrows its seven-part structure from the seven-day creation of the heavens and Earth in the Book of Genesis. Within that framework, the first day is Ida and Baal’s meet-cute.

The play slip-slides between the contemporary and the ancient, the real and the surreal. When Ida asks her divorce lawyer (Luis Vega) what the date is, he replies: “Well, there was light on the first day, and now we’re drawing a line that separates the heavens from the earth. So, the second day of creation.”

It’s a difficult tone to strike, more so given the production’s unbalanced dynamic. Ida is curiously drab, lacking the pull of sympathy; scenes between her and a series of male characters (played by Vega) don’t breathe as deeply as they need to. But whenever Baal appears, things perk up — because the dark magnetism that makes it so hard for Ida to get him out of her head works on the audience, too. He is a beguiling presence, inhabiting a nearly spectral dimension.

And Mama is all exuberance, with a delightful comic fizz. Rambling to Ida in voice mail after voice mail, she roots for her unconditionally.

“You were so weird,” she tells Ida, remembering her as a child, and there’s no mistaking that this oddness was a good thing,worth cherishing.

Produced in partnership with Congregation Beth Elohim in Brooklyn,“The Gett” intends to work on two levels, as one woman’s divorce story and as a play laden with meaning from Jewish history and culture. The script contains plenty of layers. But in performance, flatness too often dominates.

Then the scene changes, Ida’s voice mail beeps, and Mama returns, persistent in her love.

“This is your mother,” she says, and for a few moments all is well again.

Tags
Ida Play She That With

With No Major Releases to Challenge Her, Taylor Swift Sticks at No. 1 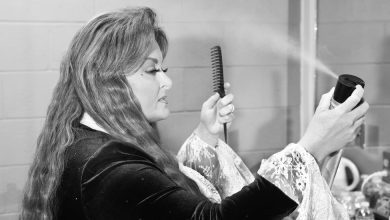 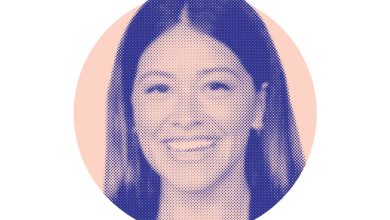 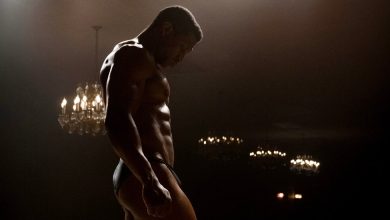 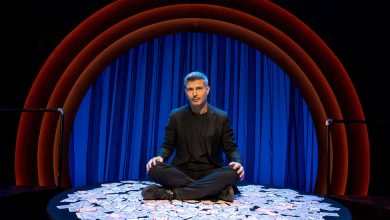