A federal judge on Friday dismissed a lawsuit filed by a man who, as a baby, had graced the cover of Nirvana’s seminal album, “Nevermind,” and argued 30 years later that the iconic photo of him drifting naked in a pool had been a form of sexual exploitation.

The man, Spencer Elden, 31, accused Nirvana in his complaint of engaging in child pornography after it used a photo of him for the cover of “Nevermind,” the 1991 album that catapulted the Seattle grunge rock band to international fame.

The judge, Fernando M. Olguin, wrote in his eight-page ruling that because Mr. Elden had learned about the album cover more than 10 years ago, he had waited too long to file his lawsuit, making his claims untimely.

The lawsuit was filed in the U.S. District Court for the Central District of California against the estate of Kurt Cobain; the musician’s former bandmates, David Grohl and Krist Novoselic; and Mr. Cobain’s widow, Courtney Love, among other parties. Bert H. Deixler, a lawyer for the defendants, said in a statement that they were “pleased this meritless case has been brought to a swift conclusion.”

Robert Y. Lewis, one of Mr. Elden’s lawyers, did not respond to an email seeking comment on Sunday.

The dismissal came after Judge Olguin dismissed the case in January for another reason: Mr. Elden’s lawyers had missed a deadline to respond to a motion for dismissal by the lawyers for Nirvana.

Judge Olguin had allowed Mr. Elden’s lawyers to file a second amended complaint to address “the alleged defects” in the defendants’ motion to dismiss.

But the dismissal on Friday appeared to end the legal back-and-forth.

Mr. Elden, an artist living in Los Angeles County, has gone to therapy for years to work through how the album cover affected him, his lawyers have said, arguing that his privacy had been invaded, according to court records.

He had been seeking $150,000 from each of the 15 people and companies named in the complaint.

The photo of Mr. Elden, who was then four months old, was picked from among dozens of pictures of babies by the photographer Kirk Weddle. Mr. Cobain envisioned the album cover showing a baby underwater.

Mr. Weddle paid Mr. Elden’s parents $200 for the picture, which was later altered to show the baby chasing a dollar bill, dangling from a fishhook.

In the years that followed, Mr. Elden’s opinion about the photo changed. Initially, he appeared to celebrate his part in the classic cover, recreating the moment for the album’s 10th, 17th, 20th and 25th anniversaries, though not naked.

“It’s cool but weird to be part of something so important that I don’t even remember,” he said in 2016 in an interview with The New York Post, in which he posed holding the album cover at 25.

He also expressed anger at the people who still talked about it, telling GQ Australia that he was not comfortable with people seeing him naked. “I didn’t really have a choice,” he said.

In their motion to dismiss, lawyers for Nirvana said that in 2003, when Mr. Elden was 12 years old, he acknowledged in an interview that he would probably always be known as the baby on the album cover.

According to the lawyers, he said at the time, “I’m probably gonna get some money from it.”

What’s the Deal With Riesling? 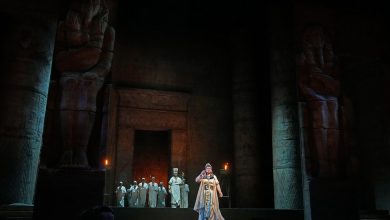 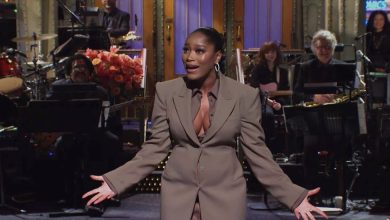 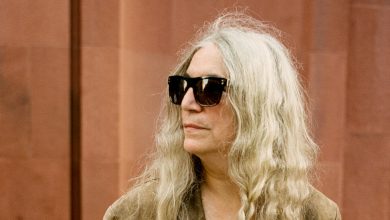