Americans may know the story of Crazy Horse, the Lakota warrior who led the rout of United States Army forces at Little Bighorn, or of Chief Joseph, the Nez Percé leader whose eloquent protest against his people’s forced removal to a reservation still echoes today.

But how many know the story of Po’pay, the Pueblo religious leader who led a revolt that drove the Spanish out of New Mexico in 1680? Or Opeka, a Shawnee sachem who shrewdly negotiated with the governor of Pennsylvania in 1710 to spare the lives of his people accused of killing colonists?

Their stories are among the many that appear in “Indigenous Continent: The Epic Contest for North America,” a sweeping new book by the Finnish historian Pekka Hamalainen. And while they are fleeting players, they are hardly footnotes.

“Indigenous Continent,” published on Tuesday by Liveright, aims to do nothing less than recast the story of Native American — and American — history, portraying Indigenous people not as victims but as powerful actors who profoundly shaped the course of events.

Hamalainen, a professor at the University of Oxford who has written acclaimed histories of the Comanche and the Lakota, is hardly the first scholar to argue against the trope of the “doomed” Indian, who inevitably falls victim to the onslaught of guns, germs and capitalism. But he takes the argument further.

The confrontation between European settlers and Indigenous America, he writes, “was a four-centuries-long war,” in which “Indians won as often as not.”

“Indigenous Continent,” which comes with endorsements from some leading historians, aims to be a paradigm-busting book in the vein of best-sellers like “The 1619 Project,” from The New York Times Magazine, and David Graeber and David Wengrow’s “The Dawn of Everything.: A New History of Humanity.”

“Pekka belongs to a small but growing group of scholars who are taking up the challenge of re-envisioning the grand narrative of early American history,” Claudio Saunt, a historian at the University of Georgia, wrote in an email.

And for many readers, he said, “the most surprising revelation will be that the seemingly decisive conquest of the continent was anything but.”

Still, Hamalainen’s boldly stated claims are likely to stir debate over evidence, interpretation and emphasis. And behind the book lies another fraught question: Who should write the story of Native America, and how?

At first glance, a Finnish scholar who teaches at Oxford might seem like an unlikely candidate. In a video interview last month from his summer cabin outside Helsinki, Hamalainen, 55, described how, like so many, he first encountered Native America in childhood — in books and movies. He said he sensed something was off.

“The westerns were so awful, in how they portrayed Native Americans,” he said. “I wondered, ‘What is happening here?’”

His first book, “The Comanche Empire,” offered an exhaustively researched and strikingly new interpretation of the nomadic group that dominated the Southwest from about 1750 to 1850 (and Hollywood westerns for much of the 20th century), but remained relatively unstudied by scholars.

The book, published in 2009, garnered strong reviews and numerous prizes, including the Bancroft Prize, one of the most prestigious honors for professional historians. Back then, Hamalainen was part of a cohort of scholars who were building on the so-called New Indian History. And the field has only continued to explode. a

Native American actors and questions are increasingly woven into scholarship, particularly when it comes to colonial America. Today, early American historians focus on the complex interactions between European settlers and Native peoples, while also documenting how early Euro-American chroniclers wrote Native communities out of the story, creating the myth of the “vanishing” Indian.

This mainstreaming of Native history has not been without contention. In recent years, there have been sometimes acrimonious debates about the validity of Western versus Indigenous ways of knowing, and about whether historians are obligated to consult with contemporary Native communities.

Jameson Sweet, a historian at Rutgers who is Lakota/Dakota, said that people of all backgrounds can write Native history. But he also cited the political imperatives of the broader field of Native Studies, which grew out of the “Red Power” activism of the 1960s and 70s.

“We’re trying to indigenize this field,” Sweet said, adding that it’s “not about putting Native people under a microscope, but educating people by working toward goals like upholding sovereignty.”

Hamalainen’s approach, if not his intent, is microscopic, synthesizing a vast library of often highly specialized scholarship. (The more than 70 pages of dense footnotes, he said, “almost killed me.”)

Readers will encounter few familiar signposts like the Boston Massacre or the Constitution, and relatively little analysis of treaties and laws. Instead, the key texts include maps (both Indigenous and European), which, even into the 19th century, Hamalainen argues, illustrate the fragility of colonial claims over a vast continent dominated by “overwhelming and persisting Indigenous power.”

He revisits material from his previous books on the Lakota and Comanche, including hoof-pounding accounts of battles on horseback. He also synthesizes the literature on the Native nations of the Northeast, Virginia, Florida and the Midwest, including the Iroquois (or Haudenosaunee) Confederacy, which he describes as “older and more historically central than the United States.”

He said he was particularly struck by the Iroquois “mourning wars” of the late 17th century, which some scholars now argue were started not to secure a greater share of the fur trade, but to rebuild after a devastating smallpox epidemic brought on by contact with Europeans.

The Haudenosaunee launched assaults on neighboring groups, absorbing some but pushing others to the West, in what Hamalainen provocatively calls “the first large-scale westward expansion in early American history.”

“At first glance, it looks like blind violence,” he said. “But it’s not. It’s spiritual. And most of the victims became Iroquois citizens. The Iroquois went to war to make other people Iroquois.”

As for the confrontations between Natives and the Europeans, Hamalainen repeatedly asserts that violent attacks by the colonizers were displays of weakness, not strength. Even the massacre of roughly 300 Lakota at Wounded Knee in 1890, he asserts, “was a sign of American weakness and fear.”

That claim may strike some as hyperbolic, or overly focused on military confrontation. In a review in The Wall Street Journal, the historian Kathleen DuVal questioned Hamalainen’s framing of Indigenous history as “a grand story about Native men fighting European-American men,” while saying little about the way Native actions were embedded in kinship networks maintained by women.

And “Indigenous Continent,” which wraps up quickly in the 1890s, leaves a big question hanging: How does this history connect with the present?

That’s a question other scholars are addressing more squarely. In “The Rediscovery of America: Native Peoples and the Unmaking of U.S. History,” a similarly sweeping synthesis coming next spring, the Yale historian Ned Blackhawk (who is Western Shoshone) takes the story into the 21st century, while also turning some familiar historical episodes inside out. (One chapter recounts what he calls “the Indigenous origins of the American Revolution.”)

Protesters marching to a sacred burial ground near Bismarck, N.D., during a protest against a pipeline being built near the Standing Rock Sioux reservation.Credit…Alyssa Schukar for The New York Times

Blackhawk, who read an advance copy of “Indigenous Continent,” said Hamalainen was “an important historian of the early American West, who studies equestrianism as well as anybody.”

“But the book’s ability to trace across eras and epochs is limited,” Blackhawk said, “particularly by its occasional disregard of things like law and policy, which are central to Native American sovereignty and lives.”

“Indigenous Empire” also invokes another concept that may raise some eyebrows: empire. In his books on the Comanche and the Lakota, Hamalainen characterized those nations as aggressively expansionist powers who themselves , shoved aside other Native peoples and often dominated European settlers, in a kind of “reversed colonialism.”

When “Lakota America” appeared in 2020, some Lakota scholars objected to that framing, saying it implied a moral equivalence with — or even a justification for — European conquest. Sweet, the Rutgers professor, writing in the Journal of the Early Republic, said the book “exudes a sense of Euro American innocence in settler colonialism.”

“Settler colonialism” ­ has become a pervasive (if contested) term in Native American Studies, and beyond. But it barely appears in “Indigenous Continent.”

“Settler-colonialism of course happened,” Hamalainen said, though the term “is sometimes used a bit carelessly.” Instead of putting everything under that rubric, he said, historians, “should be attentive to the wider range of colonial relationships that Indigenous communities had to deal with.”

As for the term empire, he said, thinking about how such “resonant structures of power” occur in different times and places “is not the same as implying a moral equivalence.”

Today, North America is home to more than 500 sovereign Native nations. In an epilogue, Hamalainen cites the Ojibwe writer David Treuer’s claim that, in some ways, America has become “more Indian” since 1776, rather than less.

“It all goes back to this 400-year war,” Hamalainen said, and the continuing power of Indigenous resistance.

“I hope readers understand the stakes” of this history, he said, along with “Native Americans’ capacity to change, to fight.” 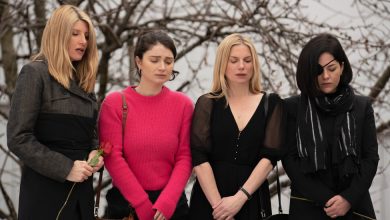 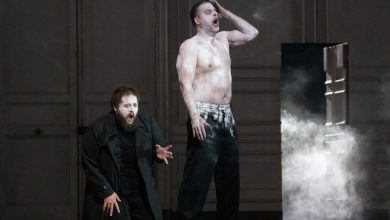 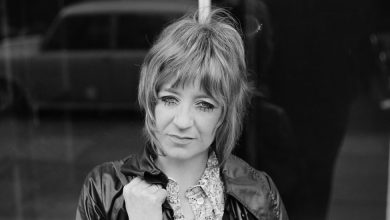 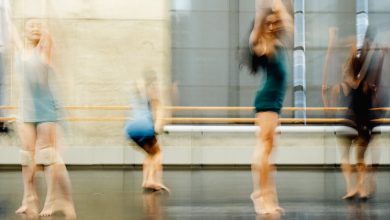